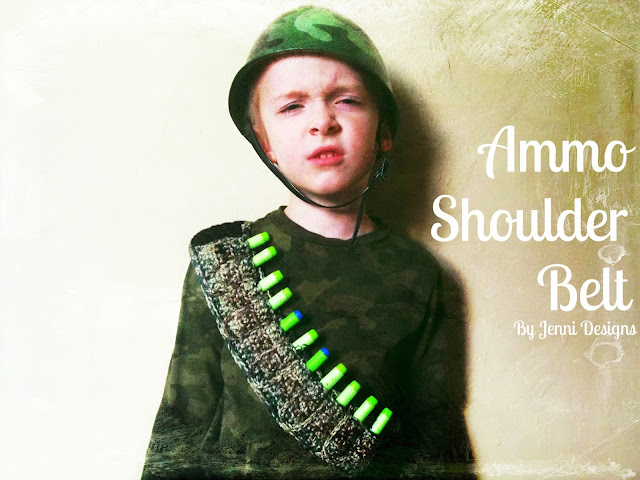 My four boys have always been big Nerf fans and last weekend my youngest came to me wanting something to hold his ammo, he described exactly what he wanted and this was our results! The tutorial as written is in his size but you can easily adjust the beginning chain to make this belt slightly larger. Writing this out was no easy task but I hope I've explained it well enough for you to understand, I suggest scrolling through the photos before starting to give you an idea of the construction of the belt.

For my example I used Hobby Lobby's I Love this Yarn for the Camo portion but I've suggested Red Heart Super Saver because it's more readily available. Either will work just fine. My little guy and I would love to see your finished Ammo Belts, if you would like to share feel free to upload to my facebook page here: www.facebook.com/byjennidesigns or add to your Ravelry projects here: Ammo Shoulder Belt

Thanks for stopping by!
-Jenni

Important Note:
-Joins are made with sl st.

Fasten off after row 5.
Join with camo yarn in the same space as you fastened off in.

Now, place the belt on your child again with row 6 closest to the neck and with the yarn ends on the child's shoulder (as shown below). Then you need to mark where you want your bullets to go, I marked off a total of 48 stitches. 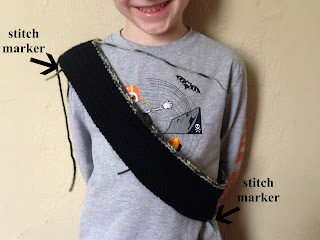 After marking your stitches, you can remove the belt from the child.

Quick note: Before joining in the next row leave a long end for sewing later.

Row 7: In FLO: Join with a sl st in the space you marked closest to the fasten off. Sc in each across until you reach your 2nd stitch marker. 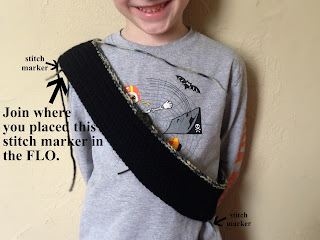 After row 13, you need to sl st down the side of the pocket you just made. 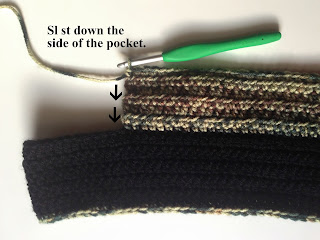 Ch 1, sc in the next open space on the belt portion. 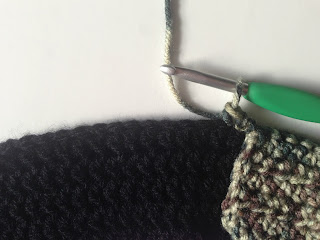 Sc in next and in each around. Join to the first sc you made on the belt and fasten off leaving a long end. 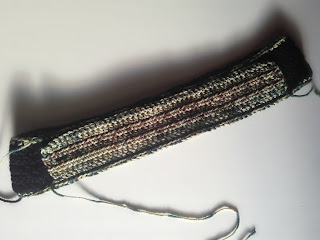 To sl st, I first placed a bullet into the pocket all the way to the right then I joined just to the left of the bullet, started to sl st down, placed the 2nd bullet in the pocket then worked my way around the bottom and up the side then fastened off. Repeat to end. Our belt ended up fitting 11 bullets. 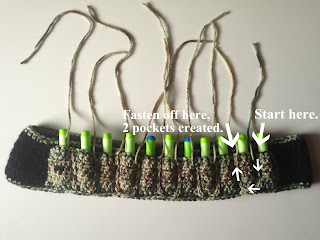 Now, sew in all those nasty ends.

Place on child and now you have a soldier ready for a nerf battle! 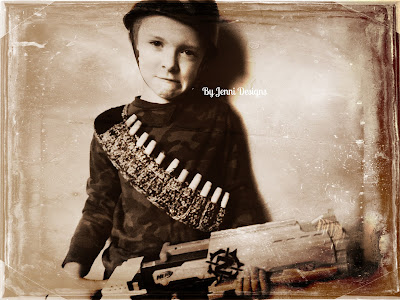